The workshop will be mostly Wa-Lu drills/forms, dummy form, and Chi building exercises.  Sijo Jack Lannom has been training, teaching, and amazing crowds since the mid-60s.   His power and speed are known throughout the world.   His internal power reflex and energy skills are larger than life stories that have drawn thousands.  He is truly a Grand Master of internal energy boxing.  His claims to fame include his world record of breaking over 3,600 pounds of ice and throwing energy through 2-3 feet of phone books with a 3-6 inch punch.  His is truly a one of a kind and has developed hundreds of high level

students and champions in the United States.

Sijos Gray and Lannom together have taught over 25,000 students and promoted over 1,000 black belt students.  Sijo Gray has been a long time student since the early 70s when he was 16 years of age.   He credits his 1989 World Heavyweight title in Kou-Shu Kickboxing to his training with Sijo Lannom.   Wa-Lu is famed for its high level of energy projection. Gray Dragon White Tiger Martial Arts 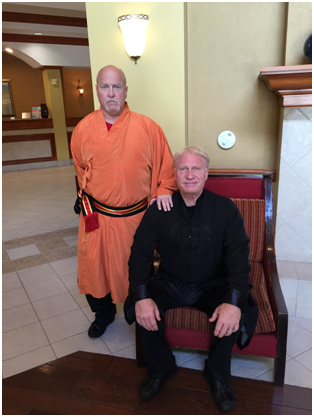 Our family style was founded by Sijo L.R. Gray, who is also the inheritor of Dr. John Wing Lok Ng’s Wing Chun system.  Our family style is based on the principles of the phrase, “Lin Sil Tai Gar.”  Lin Sil Tai Gar is defined as always attacking, blocking, stepping, and/or shifting simultaneously; in other words, we always utilize “full-cycle” techniques.  Equally as important as full-cycle techniques are the “listening skills.”  “Listening” to an opponent means that we adhere, or stick, to their movements.  Listening skills are acquired through sensitivity drills such as cross-hand drills, tan chi sau, and poon sau (rolling hands) that enable our sense of touch to become heightened and more sensitive to our opponent’s movements (these drills will be broken down later on).    We do not overcome an opponent by being faster or stronger; we overcome them by becoming one with them…this is the essence of Chi Mastery.

There are 3 empty hand forms utilized in our system, and they are Sil Lum Tao, Chum Kiu, and Bil Jee.  Each of these forms have parts that are very significant, therefore, they are repeated 3 times (according to Shaolin teaching).  We will be looking at each of these more in depth and breaking them down into sets to make them easier to understand academically.  For now, however, let’s look at the definitions and meanings of each:  Sil Lum Tao literally means “little idea form.”  It has no foot work, and it teaches us two main principles, Structure and Centerline.  The techniques in it are half-cycle so that these two principles can be focused on.  Chum Kiu translates as “seeking bridge,” and teaches us to seek and keep the bridge we’ve attained while protecting our centerline and staying in the structure taught by the previous form while shifting and stepping.  Bil Jee means, “thrusting fingers.”  This form teaches techniques referred to as “emergency hands” that enable us to protect and retake our centerline while acquiring an advantageous body position.  To bring all of these principles together, we utilize the Mook Jong, or “wooden elbow” dummy.  Our 130+ movement dummy set combines all of the techniques and principles of all of the drills and empty hand forms taught to our students from day one.  To finish out our empty hand forms, we have also adapted a form from Chi Sim Weng Chun (the oldest form of Wing Chun on record, coming directly out of the Southern Shaolin temple) called, Saam Bai Fut; this is translated as, “Three bows to Buddha.”  This form encompasses all of the principles and techniques of Wing Chun and also teaches an even mixture of Yin and Yang energies and fa jing. 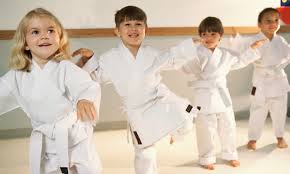 Bully Proof is a program started to shed lite to the buddy issues that exist with not only our youth but young adults as well.

Kids Who are Bullied

Kids who are bullied can feel like they are:

Kids who are bullied have a hard time standing up for themselves. They think the kid who bullies them is more powerful than they are. Bullying can make them:

With Our Bully Proof your child program, we can stop this before it starts.
After just a few months your child will have the know how to remove his or herself from a situation or when backed in a corner have the confident and ability to help turn that situation around to their advantage.